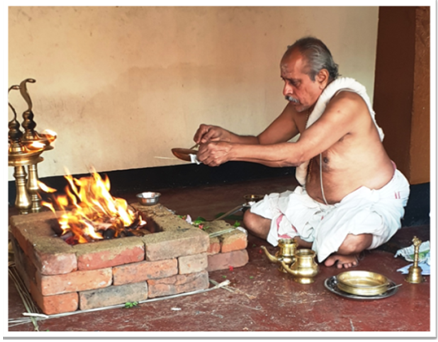 The Worship of Serpents 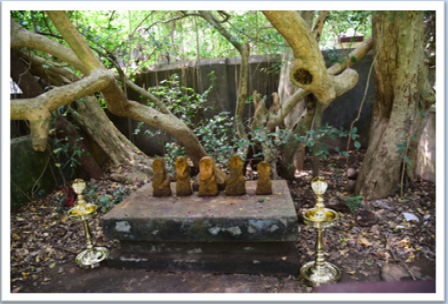 Click on the picture to listen to a Naga Paattu

The worship of Serpents is among the oldest and most widespread forms of religious practices in the world. Serpents, with their swift and mysterious movements, their hypnotic eyes, their power to disappear swiftly, and their ability to shed their skins (signalling self-renewal), produced a strong belief in people about their magical powers, wisdom and the possession of secret knowledge.

The many-hooded serpent Deities of Malabar, known as Nagas are sung to in eight great forms referred to as the ‘Ashtanagas’ – Ananta and Vasuki being their Kings.

It is to these  ancient Deities that agrarian people first turn to in times of trouble. To the Nagas they pray for rain and crops; they pay their vows in times of pestilance, famine and disease, offering them the first milk of their cows and first fruits of harvest. The Nagas are the guardians of water bodies and bring rains for fertilizing lands.

In Malabar they are typically worshipped in ‘Sarpa Kavus’ or sacred groves, where a pond is attached.  In these groves, the vegetation and undergrowth run riot for it is fobidden to cut the branches of trees or trim the foliage.

Thiru Kachamkurissi has two Sarpa Kavus, one of which has all the classic features of  a small sacred grove.

(Sourced from the World Wide Web and adapted from the work of  Prashanth B, CG Oldham and Monik Gatha) 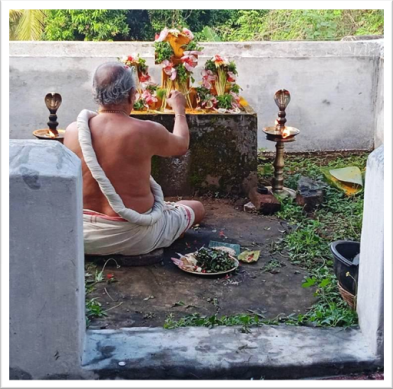 Th drawing of a ‘Kalam’ (kalamezhuthu) is a ritual art form unique to the temples of Kerala. The patterns drawn and the colours chosen are stipulated by tradition, and have to be adhered to strictly. In each case the patterns, minutest details, dimensions and colour choice are mandatory, and not arbitrary. Even the order of creation is laid down.

The drawing is done directly by hand, without the use any tools. The colours used are vegetable or mineral, or a combination of both – the substances used being rice (white), charcoal from paddy husk (black), turmeric (yellow), a blend of turmeric and lime(red), and powdered leaves (green). Although several leaves are found suitable, the most commonly used is ‘vaka’.

The drawing of the large picture develops gradually above a central line drawn in black. The  coloured picture is drawn patch by patch, growing outward. Lighting is of utmost importance in these rituals and only oil lamps are used. Singing songs (in this case classical  sopanam music) is an important part of the ritual pujas.

(Sourced from the public domain, mainly the World Wide Web)