Among the 18 ancient Puranas that are known today, the most important is Srimad Bhagavatha Purana, that is woven around Sri Krishna – and is considered as the essence of His teachings (Sri Krishna Tathwam)

Srimad Bhagavatha Purana was written and compiled by Veda Vyasa under the direction of Narada Muni , his spiritual master. After compiling it, Vyasa imparted the Bhagvatham to his son Suka Brahma Rishi.

Suka Brahma Rishi subsequently recited the entire Bhagavatam to Maharaja Parikshith in an assembly of learned saints on the bank of the Ganges at Hastinapura.

Maharaja Parikshith was the Emperor of the world and a saintly ruler. However, having been cursed that he would die within a week, he renounced his entire kingdom and retired to the bank of the Ganga to fast until death and receive spiritual enlightenment.

Suka Brahma Rishi, in response to the various questions raised by posed by Maharaja Parikshith, concerning everything from the nature of the self to the origin of the universe, held the assembled sages in rapt attention continuously for the seven days (SAPTHAHAM) prior to the king’s death. 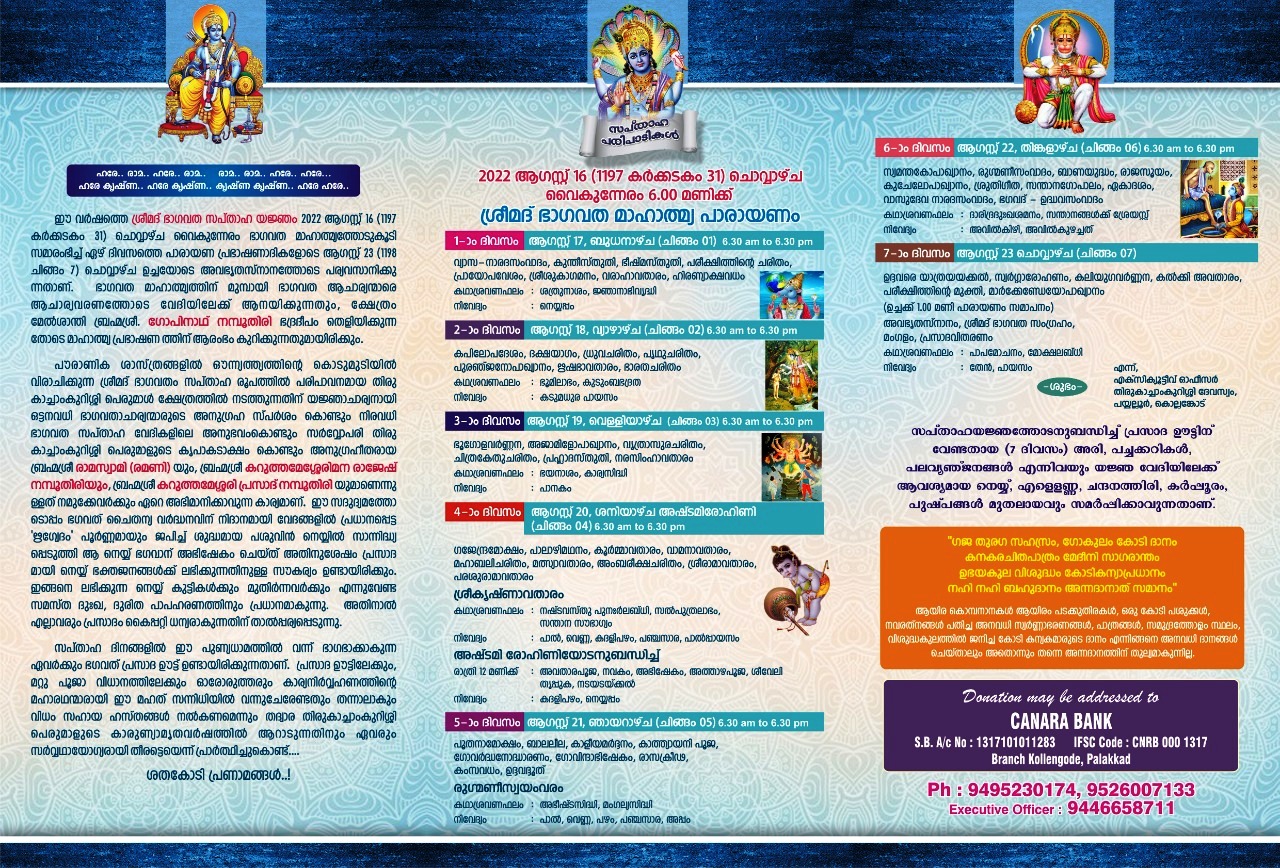 May Kachamkurissi Maha Vishnu Perumal bless and save us all !!